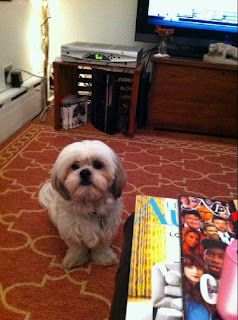 Mr. Pixar has taken over Manhattan! Pixar was rescued by GROWL after he was discovered in a kill shelter in South Carolina. Pixar had been there about 9 months and just didn't really bond with anyone that wanted to rescue him. So as a shelter favorite he had lasted there for months but poor Pixar deserved a forever home. Once GROWL saw Pixar he was sure to come along and be a GROWLKID! Since being rescued Pixar has basically taken over Manhattan, sniffing and smelling every stoop, hydrant and everything around! Congrats on Pixar on FINALLY finding your FOREVER loving home.