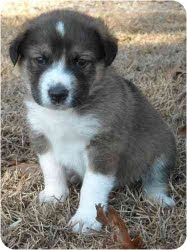 Little Uno was the Baby Boy of the group, yes the little runt and he was in a special foster home to make sure he thrived. In the end, he also became a little bully when he rejoined the group. He thought he was the big dog and didn't have to give in to any of them! He was quite the character. YES, Uno was also the one on the Martha Stewart show that jumped from one pen to the other unexpectedly! He is and was quite the litttle mischief man, everyone loved him and his personality. Uno found his forever home with Natalia and Paul in Mahopac and has been doing quite well as you can see, he is one HUGE Big Man!

Uno is also named Buddy and huge thanks to Natalia and Paul for welcoming Buddy into their home and choosing to rescue! 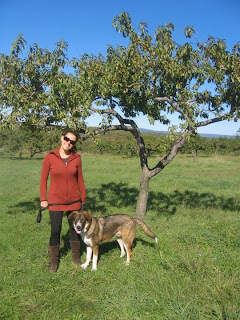 Milo ~ Loves Soaking Up The Rays In New Jersey! 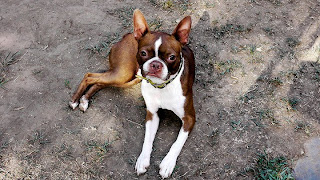 Milo was in South Carolina when GROWL got the call to try and assist in placing him. He was in a rescue and had not had much interest as he was a adult and sometimes it takes a long time for them to find homes in the South. He was transported up to New Jersey and found the perfect home with Karen and Al! As you can see he loves soaking up the sun and relaxing! He gets very spoiled and also has other Boston family furkids as well he plays with. Milo is pretty spoiled and doing excellent and we want to thank Karen and Al for welcoming Milo into their home and giving him the love he deserves! 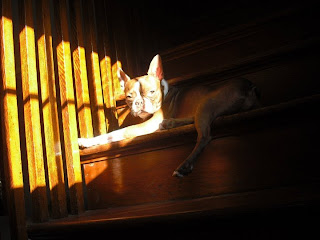 We also would like to thank Karen and Al for fostering Harvey when he too was looking for his forever home. Harvey is the black and white Boston below that was also rescued from South Carolina high kill shelter. Unknown to anyone Harvey had a heart disease that took him away from all of us way too soon. Harvey is missed by everyone that knew him as he touched so many lives while he was on this earth and slept in all of our beds and cuddled with us all. His blue eye was beautiful, and even though the people in the South gave up on him GROWL did not and thanks to Karen, AL and many wonderful people along the way Harvey saw the love and care he deserved until the very end. We ALL miss you Harvey and you are truly missed!

Harvey Remembered ~ May You Run Free Of Any Pain At The Bridge! See You Soon Buddy! 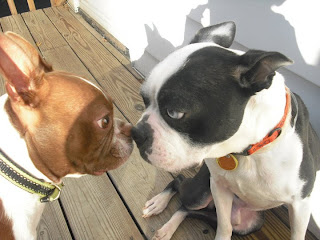