As many of you know Audra lost her wonderful father on December 23, 2008. Mr. Omer was a amazing man and loved by everyone whom he came in contact with. He touched the lives of so many. I have put together a slide below so that we can share with everyone a few memories of Mr. Omer. He and Mrs. Nancy proudly adopted Jimmy, a chocolate lab from the Barnwell County Animal Shelter and he also proudly drove and rode with Audra on many transports. He attended every function in SC and supported Audra all the way in everything that she did. She is truly going to miss him, as we all are, and I ask that you all please keep her in your prayers hoping she can somehow find peace and strength.

You will see pictures of him with Mrs. Nancy, Audra, some of his many friends, and even spending time with Audras dogs!!

Philip Gregory Omer
INMAN, SC-- Philip Gregory Omer, 57, of Inman, died Tuesday, December 23, 2008, at his home. Born December 23, 1951, in Louisville, KY, he was the son of the late Harold K. and Violet Lou Cummings Omer. A graduate of Defiance College in Defiance, OH, he was the former owner of Famous Recipe chicken restaurants and currently the president of McDaniel Leasing. He was a member of St. Paul United Methodist Church and the St. Paul Men's Club, the Honorable Order of Kentucky Colonels, the Spartanburg Downtown Sertoma Club, a former member of the Piedmont Sertoma Club, and a Mason.
Survivors include his wife, Nancy Lynn Mullins Omer; a son, James Wesley Omer and his wife Angela of Boiling Springs; a daughter, Audra Lynn Omer of Inman; two sisters, Sharon O. Fesmire of Alcoa, TN, and Janet O. Westermann of Charlotte, NC; two brothers, Steven D. Omer and his wife Barbara L. and Richard S. Omer and his wife Cindy J., all of Charlotte, NC; and nieces and nephews, Jack W. Omer of Kettering, OH, Lauren J. Laengle of Spartanburg, Ryan L. Westermann of Asheville, NC, Kara S. Westermann of Charlotte, NC, Alexander S. Omer and Taylor R. Omer, both of Rock Hill.
Funeral services will be held at 2:00 p.m. Sunday, December 28, 2008, at St. Paul United Methodist Church conducted by the Rev. Frank E. Lybrand.
In lieu of flowers, memorials may be made to Global Rescue Welfare League (GROWL Animal Rescue), P.O. Box 394, Fairforest, SC 29336, or visit the website at www.mygrowl.com.
The family is at the home.
An online guest register is available at www.floydmortuary.com.
Posted by GROWL at 12:21 AM No comments:

"Sonny" was in a kill shelter in Kentucky and GROWL pulled this baby. Catherine and her dedicated family and friends set out to find Sonny a great home and well, here he is with his new and forever mommy Cindy!!! Sonny was one lucky boy, he had the rescuers in PA working hard for him!!! 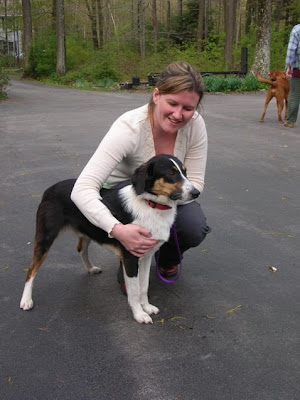 "Harley" Living it up in NJ with "Porshe" her Fursister!

Harley is living it up in NJ with her new family! Erika just loves her to pieces and Harley and Porshe are getting along just fine! As you can see she doesnt mind dressing up a little too for the kids that had come over!!! We want to thank Erika and her family for giving Harley such a great home, oh and the best part she sees some of her siblings on occasion too, there are others that just live blocks from her!!!! 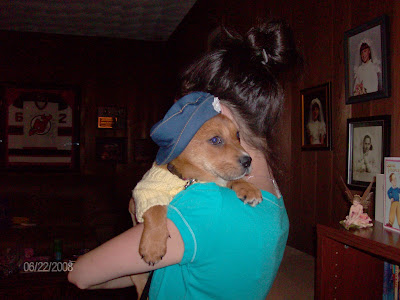 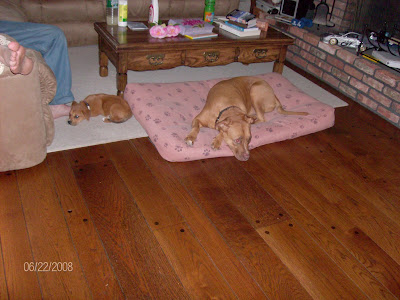 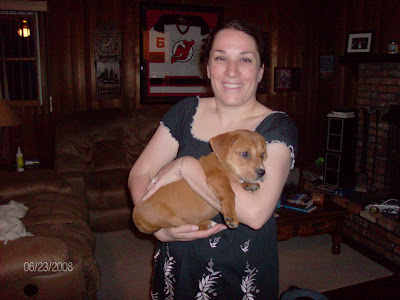 Kelsey came from a rural shelter in SC, she was from a very large litter. She was a really sweet baby and she warmed up quickly to her new forever home!!
Kelsey arriving from transport, such a itty bitty thing!!! 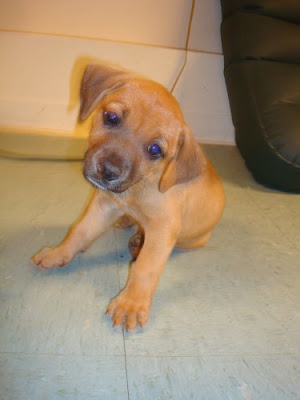 Kelsey has settled in quite well as you can see!!! 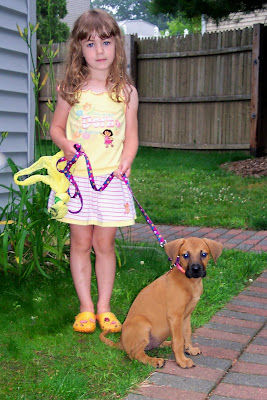 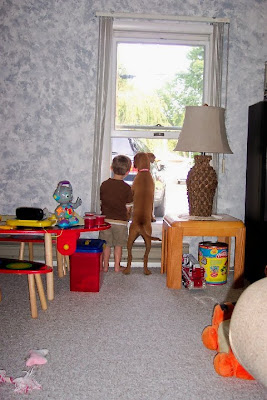 Buddy was in a high kill shelter in Barnwell, SC. We brought him north on a transport and he went into a foster home in PA, well his foster home loved him so much they thought of keeping him, but then they said just maybe it was a little much, but wouldnt you know it Jenn and her family in the end failed fostering 101!!! Buddy is in his new home in PA and loving it!!! Below is Buddys depressed shelter pic and below that you can see how happy this boy is now!!! 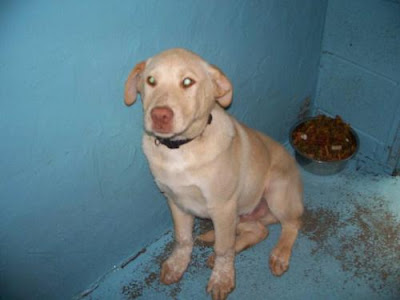 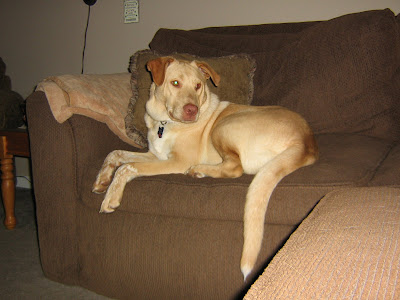 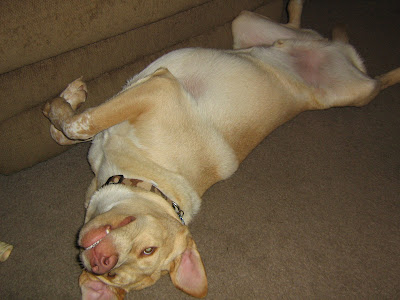 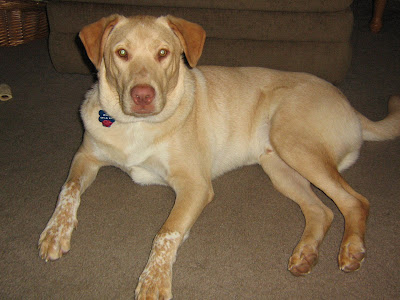 Little Mia and Hudson (aka Cooner) ~ SC Babies at Home in NY!!

Little Mia and Hudson (aka Cooner) were both rescued from a SC high kill shelter. They came up just weeks apart and their new parents fell in love with them BOTH at first sight!!! They have other fur-brothers and sisters and we are fortunate to see them alot in NY.

Little Mia.... Rescued from a SC high kill shelter!! This is when she was just weeks old and Dawn brought her north in just a little carry bag she was so tiny! Her "owner" in SC had bought her at the flea market and put her outside and she was bumping into things so they assumed she was blind and they called the vet to have her euthanized. She was just weeks old!!! Dr. Miller called me on that weekend to please come and get her and well over to Barnwell I went and she came north to find her forever home. Oh and by the way, she wasnt a "cocker" like the lady had told the vet and she is definately not BLIND! 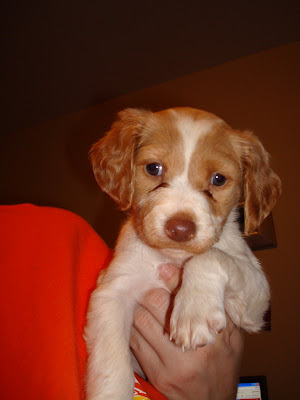 This was Cooner in the shelter in Barnwell SC, scared and looking for a family, well he has found it now!!! 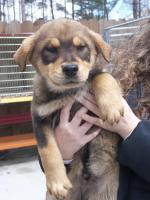 Mia and Hudson Now with one of their fur-brothers Luke, Their mommy Madeline and Papa George! "Lucy"~also previously known as "Jazzy" was a rescue from South Carolina. When I first got "Jazzy" she was all grown out and just a huge puffball! We went straight to the groomer as she had fleas to no end and she got herself the full spa treatment from my Aunt Jeanette! We then headed to Dr. Millers office in Barnwell , SC for her shots and well later that night we headed to NJ. A long trip for little "Jazzy", but she found herself the perfect home with the Salmnons!!! Below you will see the new "Lucy" graduating from her puppy kindergarten!!! She has found her furever home and we are soooo happy for the Salmon family. 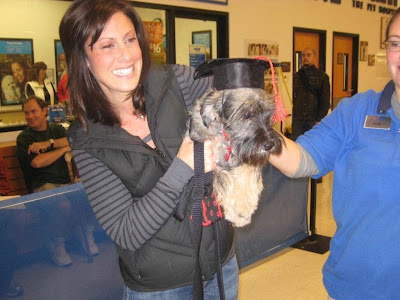